Mission. To empower local communities to design immediate and effective SAFE G solutions that implement optical fiber wired to the home and office. Local taxpayers and ratepayers are entitled to this alternative to wireless, because they have already paid for it. Please see: Irregulators v. FCC.

5G/AI/Internet of Things Juggernaut presents an imminent threat. The harms to our community’s physical and mental health, the local environment, violations of citizen’s rights to due process, property, and personal privacy are foreseeable and preventable. The threat is especially dangerous to our children, elderly people, those with special sensitivities, disabled persons with chronic illnesses, caregivers, and our economically disadvantaged and minority communities that have no escape in their homes or workplaces.

Remedy: Community Empowerment: An effective remedy begins with widespread education and training in a proven system of wise leadership, community organization, team building, and negotiation. With this purpose we have created a 5G Dojo to support local communities around the world that are facing similar challenges. The key is to share negotiation successes and practical experience, so these lessons can be immediately deployed within the network. Equally essential is to fortify community-wide resilience rapidly and effectively. (See: 5 Minutes toResilience)

Donations: Please make your check or money order payable to National Institute for Science, Law, and Public Policy, designated for "SAFE G/Community Empowerment Initiative". You can contribute in two ways.

Sponsors: Please contact us to discuss any questions or concerns and customized donation options.

About the Founder and Editor 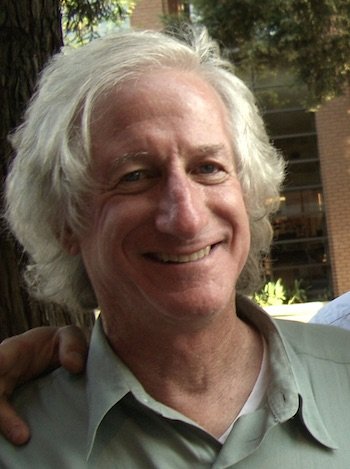 As a negotiator his most dramatic success involved helping a San Francisco-based trading company transform its $8 million after-tax branch into a $1 billion Japanese company in seven years. He has served as legal advisor to numerous U.S., Japanese, and European companies on a wide array of business issues, including joint ventures, limited (venture capital) partnerships, technology licensing, export controls and customs fraud, antitrust, and intellectual property protection, particularly patent infringement disputes. Julian Gresser has been twice  Visiting Mitsubishi Professor of Japanese law at the Harvard Law School and a visiting professor at MIT, Doshisha University (Kyoto) and the Beijing University. He has been a senior consultant to the U.S. State Department, The World Bank, The Prime Minister’s Office of Japan, The People’s Republic of China, and the European Commission (where he trained the Commission’s Japanese negotiating teams).

Julian Gresser is the innovator of a 21st humanitarian/business model embodied in the work of Neurogenics and Alliances for Discovery. The model is described in two recent articles “Beyond Shared Value—Character as Corporate Destiny” ; and in a visionary piece published in July 2016, “Seeing the Big Picture in Medical Science”. Julian Gresser’s latest book, Laughing Heart™–A Field Guide to Exuberant Vitality for All Ages will be published in March 2017.

Julian Gresser Precedents and Precursors in Developing “The Resilient Negotiator”